HAPP will be holding its first virtual event online by Zoom with a Nobel Laureate Discussion Panel on «The Greatest Physics Discoveries of the 20th Century» on Friday 31st July from 5-7 pm BST. 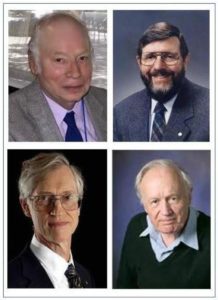 A Nobel Laureate panel will discuss their choices for «The Greatest Physics Discoveries of the 20th Century» and confirmed panellists are:

The full programme is available at: https://www.stx.ox.ac.uk/event/happ-nobel-laureate-discussion-panel and registration for the conference can be made at the following webpage: https://www.oxforduniversitystores.co.uk/product-catalogue/st-cross-college/events/the-greatest-physics-discoveries-of-the-20th-century-discussion-panel